Angela is an icon in the entertainment industry throughout Australia and NZ becoming the golden girl of NZ TV thru’ her appearances with Peter Sinclair and Craig Scott in the musical TV shows “Happen Inn” and “Sing” in the 70’s.  This led to her being voted “NZ’s Queen of Television” and “Most Popular Female Artist”.

Shortly after moving to Australia, she won the plum role of Maggie in A Chorus Line subsequently winning the only scholarship the New York Shakespearian Festival Trust had ever awarded to study Jazz/Ballet in Los Angeles.
A steady stream of significant roles in Musical Theatre kept her in Oz throughout the 80’s including West Side Story, The Rocky Horror Show, Joseph and the Amazing Technicolor Dreamcoat, Cabaret, Chicago, Guys and Dolls with Anthony Warlow, Nancye Hayes and the late Ricky May and Jerry’s Girls for Gordon Frost alongside Marcia Hines, Judi Connelli and the late Jeannie Little.

She appeared regularly on all National Variety TV Shows in Australia in the 90’s such as The Don Lane Show, Mike Walsh Show, Hey Hey it’s Saturday and The Two Ronnie’s Specials as well as many TV shows and commercials.

Angela Ayers has written her own one woman Cabaret…

In 1998, she wrote her own one woman cabaret show entitled I Can Cook Too performing with the legendary Jazz Pianist Ray Alldridge.

This show worked all over Australia and New Zealand to rave reviews such as:
“Never mind that she can cook, this woman can really sing cabaret.  Ayers has a rich and true voice, her technique is polished and her articulation superb.”
The Sun Herald, Australia

In a career of many highlights, Angela rates one of them as singing the NZ National Anthem to over 90,000 people at the MCG Bledisloe Cup Match.

She was a regular favourite entertainer in the 80’s and 90’s on Cruise ships and entertained troops in the Sinai with the late Ricky May. 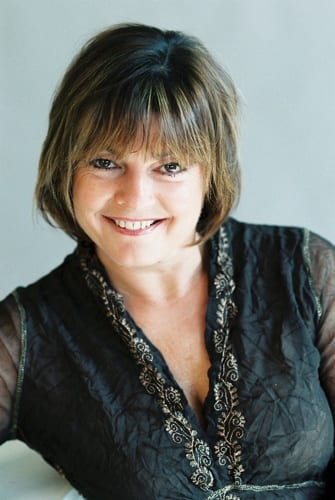 Returning to NZ she starred in musicals such as 42nd St, Jerry’s Girls, and Mums the Word.  There were numerous television credits in Shortland Street, Spin Doctors and Menopause the Musical in both Australia and New Zealand.

Then in 2014, Angela played Miss Potts in Hairy Maclary at The Opera House.

Angela’s cabaret show is in demand throughout Australia and is popular with the Senior Citizens Concerts.
Even more so, is her new show “Simple Dreams” the amazing songs of Linda Ronstadt.

You may also have seen Angela in many television commercials.
Currently she is working with some fellow jazz musicians and appearing regularly at the Opera Bar and The Golden Sheaf Hotel.